What Our Mastermind Clients Say

What Our Mastermind Clients Say 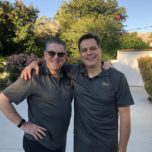 Keith McKinney –The Navy Fighter Pilot – in coaching since 2007.  One of the most experienced Commercial and Residential Real Estate Broker in the country with over 40 years plus experience.  Keith oversees 150 commercial agents plus his own team.  Most of his transactions are 7 figures plus.  Keith began his career as a Navy Fighter Pilot flying “the Grumman S-2f anti-submarine warfare “Hunter Killer” aircraft and the Douglas A4-J Skyhawk” off the USS Coral Sea in 1973 during the Vietnam War. Keith has utilized his training to help him navigate stressful, complex and serious business/life issues while helping us to embrace and implement those as well.  His keys are:  1-Discipline, 2-Stay Cool and Calm (no matter what),  3- Spatial Awareness, (constant observation of what’s going on around you) 4-Stay focused (don’t let distractions obscure your focus).  He loves what he does and is all about the fundamentals, disciplines and accountability.   Video Testimony 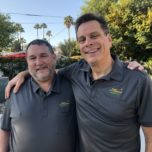 Pat Sullivan – The Air Traffic Controller – in coaching since 2015.  Previously Pat was Executive Officer for an air traffic control center – (upper Midwest) and was on duty when 9/11 happened. The Masterminds had great takeaways from his shared testimony, especially from that dreadful day.  Pat had authority over hundreds of Controllers and has transferred his leadership experience and knowledge of solving complex and stressful problems in a logical, methodical approach.  Now he is building his Real Estate empire finishing consecutive best years-pushing 30 million in volume and market domination in four short years.  He has surrounded himself with producing agents, grooming them for success and creating opportunities by making it rain.  He boils success down to two simple things:  listening to people and solving their problems.   Video Testimony 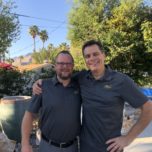 Tim Lundgren – The Entrepreneur – in coaching since 2008.  Tim went from being a single  Real Estate Agent to Team Leader.  Always looking for additional opportunities and revenue streams, Tim ventured into  -the Storage Unit business where he now collects rents on 800 doors.  He also has a  Development company and if that wasn’t enough, he launched into Spec Building in 2019. He has surrounded himself with and is pouring into the right people and is planning a major expansion in his Real Estate practice as well in 2020.  He does all this while maintaining balance and carving out time to be actively involved with his wife and 4 kids.  Tim is very humble and attributes his Faith and Family as the core to his success.  He involves his family in setting the rewards (usually a vacation) if his goal is hit and emphasizes to his kids how hard work and dedication pays off.   Video Testimony 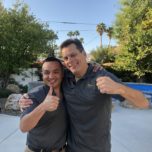 Fredy Rodriguez – The Immigrant – in coaching since 2013.  Fredy is an incredible success story.  Growing up in Guatemala in very humble means, he is an exemplary example of how the American dream works.  Whatever he puts his mind to become and achieve, he accomplishes it!  Since Fredy started coaching, he went from a single agent working 70 hours and barely breaking 100k to leading a power team that will close over 130 transactions and 25 million this year while taking  6-8 weeks off.  He has given family and friends opportunity to succeed beyond what they could ever imagine and he is  planning an extraordinarily large growth goal in 2020.  Fredy has used his story and past to motivate him and everyone around him to excel above their own ability and expectation.  He takes  enthusiasm and a cutting-edge approach to his business growth.  When asked his key to success he simply replied,  “You have to have a ‘Why’.  Family is my ‘Why’!” Video Testimony 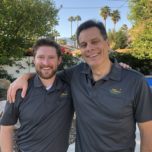 Jeff West –The Chicken Farmer – in coaching since 2015.  In four short years Jeff  has become #7 in his market.  In 5 years  or less his goal is to be #1.  He joined coaching to help him transition out of a Property Management salary position into full time Real Estate.  With barely enough money to feed himself, he took the leap and fast forward to 2019 he and his newly developed team will turn over 90 transactions and 20 million in gross volume.  Jeff earned a Bachelor’s degree in Poultry Science and a Masters in  Agricultural Economics at the University of Arkansas.  He is a student of business and applying great business acumen to ensure growth whether  running a Chicken Farm or Real Estate practice.  The Key to Jeff’s success: 1-hard work, 2- perseverance, 3-focus and 4- dedication to the fundamental disciplines.                                      Video Testimony